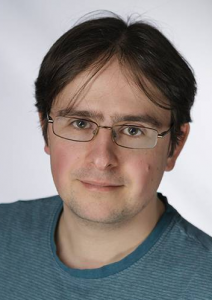 Head of History, University of Hertfordshire

Daniel is a member of the SHS executive committee and editor for the Research Exchange.

He is currently preparing his book, Degrees of Guilt: Infanticide in England 1860-1960, for Liverpool University Press.  The book will examine how the killing of young children was both tried in the criminal courts and utilised in a variety of discourses – both implicit and explicit- between the so-called ‘infanticide panic’ of the 1860s, and 1960, by which point infanticide had long since ceased to be perceived as a widespread moral and judicial issue, and where both public and expert opinion was instead primarily concerned with the individual aspects of the small number of cases that came before the courts. He argues that the wider social significance of trials for infanticide, and its retention as an important cultural metaphor in this period, has thus far been underestimated.

He is also working on two transnational history projects. Feminist Campaigns Against Child Sexual Abuse: Britain and India, 1860-1947 charts the transnational importance of this issue for the British women’s movement. Codes of Conduct: Gender, Religion and Homicide in British India 1793-1914 investigates how the influence of cultural, social and legal ideas about such issues as race, gender, sexuality and religion impacted on the views of British people with regard to India in the long nineteenth century, including the implementation of the 1860 Indian Penal Code – which is still the basis for Indian criminal justice – in the aftermath of the Great Rebellion. A key element of the project is its integration throughout of the Scottish perspective – arguing that the separate legal system of Scotland had a much greater influence than has yet been acknowledged in the formulation of imperial law.